back to search results

06 Aug 2003, Vancouver, British Columbia, Canada --- Bob Heibert injects cocaine into his neck in an alley in Vancouver's Downtown Eastside. Bob started using drugs at the age of 15. After 35 years of drug abuse, and being in and out of drug rehabilitation programs, Bob died at the age of 50 of HIV related liver failure. The Downtown Eastside has become a haven for drug addicts and dealers. Drugs like heroin and crack cocaine are used openly on the street and the neighborhood has the dubious distinction of being the poorest area in Canada. The area also boasts the first safe injection site for IV drug users in North America. The Downtown Eastside is reported to have 10,000 drug addicts living in its rooming houses, low rent apartments, and streets. --- Image by © Christopher Morris/Corbis 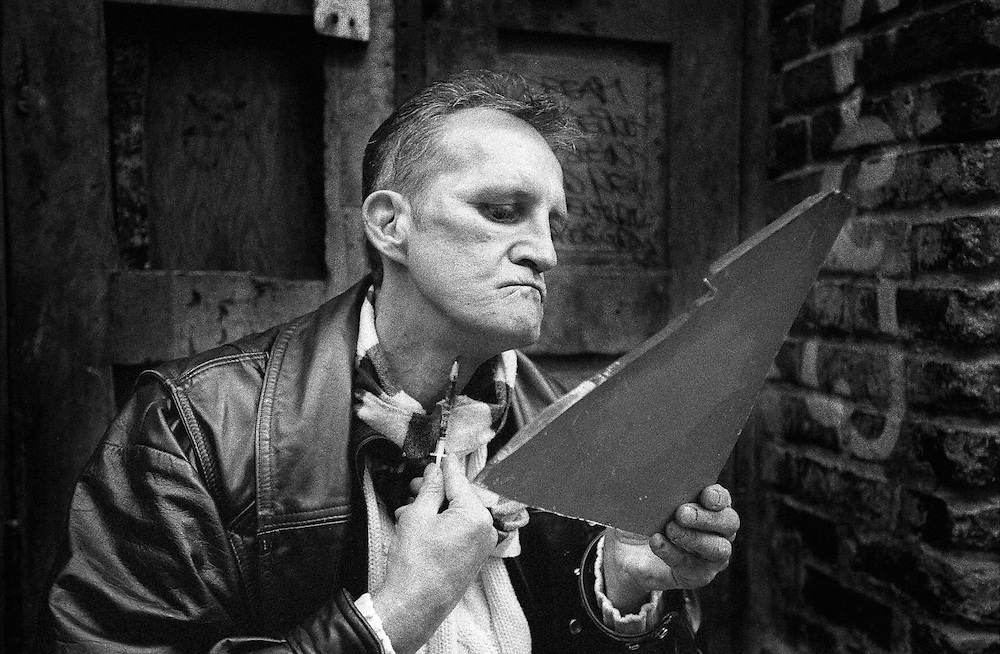